This is part 3 of a series on the Bible and homosexuality.  Here is part 1 and part 2.

Last time, I established that Christians, in discussing whether the Bible truly condemns homosexuality as we understand it, shouldn't be using the Jewish Law of the Torah to argue that gay people are sinners.  I also broke down the seemingly simple but actually quite complex Leviticus verse which is so often enthusiastically used to condemn queer people.

Of course, if it were just Jewish law with which there was an issue, my job would be done.  But many Christians know that what is probably the strongest verse condemning queer folks is found in the New Testament, in the Apostle Paul's letter to the church in Rome.  Brace yourselves, this one is intense.

This is part 2 of a series on the Bible and homosexuality.  Part 1 is here.

Last time, I stated my intent to offer a different way of looking at the Bible with regards to what it says about queer people.  It's something many have done before me, and in my opinion they've done a fine job.  Certainly good enough to convince me that my friends (and I, when I figured things out about myself) weren't sinning by virtue of being in relationships.

Still, I have friends who are either on the fence or are firmly in the "gays are sinners because they're gay" camp.  Until now, I recommended books, documentaries, long essays, and hour-long Youtube presentations to support my arguments.  It was clunky, but it was what I had.  Now, I have a chance to go about this a different way, that lets me utilize the resources I have in such a way that the amazing arguments shine but I can also allow for more specific citations.  So, for example, say someone says "Well Leviticus says that it's a sin for a man to lie with another man!" I can link them to a post which specifically breaks down that passage.

The Things that You're Liable to Read in the Bible

Did you know that six years ago, I thought being gay was a sinful choice?

Yeah.  It's always awkward to admit, but I was young and uninformed.  Everything I knew about being gay came from my parents, who were themselves still trying to figure out where they stood on things.

I started knowingly meeting gay people in eighth grade*, and I loved them.  My best friend all through high school was a sweet, smart, flamboyant guy, as were... the vast majority of my close friends in high school.  It really started getting going in my freshman year of high school, when there were two same-gender couples at my fifteenth birthday party.  Their affection for each other was every bit as real, genuine, and abso-freaking-lutely adorable as my straight friends in their relationships.

I knew those relationships had as much love as any other.  I also knew that the Bible had some things to say about homosexuality that, on their face, are incredibly negative.  You may have heard of them.  They're called the clobber verses**.

Brace Yourself for Bizzaro-World

It's no secret that I love sewing, but my preferred crafting uniform is messy hair and rumpled pajamas.  I guess it's a good thing I was born in the 90's, after all... 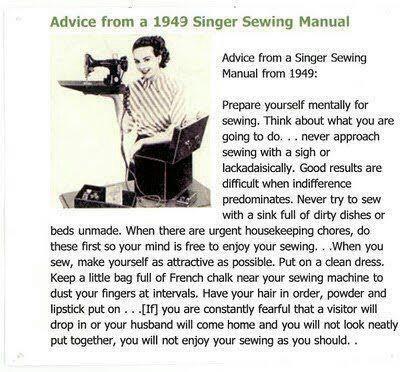 I'm sick and tired of people saying that religion poisons everything.  It seems to be a common refrain among atheists who aren't content to personally not believe in a higher power.

It's also something that should be easily countered with examples of both the benefits of religion and the times that atheism didn't necessarily mean better society.  Yet people continually insist that, without fail, religion is never benevolent or beneficial, and atheism is always better, even though is is clearly false.

Dietrich Bonhoeffer, a German minister, fought the Nazi persecution of Jewish people, and even was part of a plot to assassinate Adolf Hitler, until he was arrested and hanged.

Martin Luther King, Jr., a Baptist minister, was inspired by Jesus' teachings of forgiveness of one's enemies and turning the other cheek, as well as the philosophy of Gandhi (himself Hindu but also fascinated with Christianity).  He led the Civil Rights movement in the American south by utilizing nonviolent strategies to bring about radical change*.

American nuns are currently being investigated by the Vatican because they're devoting all of their energies to helping the poor and the needy.  You can say nasty things about the Vatican, but these loving nuns are of the same religion as the men trying to put them down.

For God's sake, our own president, whom many of these anti-religion people love, is a devout Christian.  He said so multiple times during the '08 campaign.

Don't even get me started on how, when some of these religions first became their own coherent organized things, they actually improved upon the cultures which first adopted them**.

So please, for the love of all that is good in the world, stop saying religion poisons everything.  It's not true.

Need more evidence?  Watch Dan Merchant's Lord, Save Us From Your Followers.  It's an excellent documentary for the religious and non-religious alike.  While some of the individuals interviewed say things which will make some of us uncomfortable (Rick Santorum is interviewed), the whole thing is enlightening and special.

Watch it, please.  And stop shredding the memory of so many religious people, whose faith led them to do great good, by saying with such certainty that religion poisons everything.

*Christopher Hitchens, I hear, tried to argue that MLK was never truly Christian because he preached love and forgiveness.  I call BS.
**I can't resist offering some examples, though: 1.) The Persian Empire kept no slaves, because the empire's religion, Zoroastrainism, banned slavery 2.) Islam gave women more cultural significance and more rights than they had before 3.) In the early days of Christianity, when they were still being slaughtered by the Romans, the small groups of Christians around cared for the poor and needy around them, with women having just as prominent of roles as men

By the way: I know the average atheist is no more or less moral than the average religious person.  But religion has been a powerful force in shaping these people I mention who have worked for the greater good.

So I had the fun experience the other day of frogging something.

Frogging, in knitting, refers to removing your needles from a project and ripping the yarn out until you reach a certain spot or until there's nothing left of the piece. 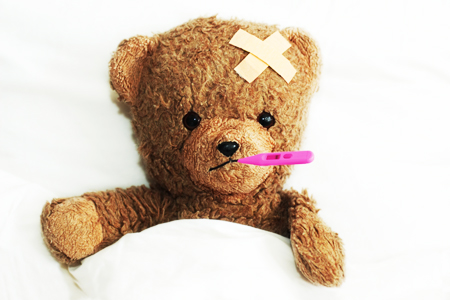 I've fallen ill, friends.  There will be a post on Friday, but until then, enjoy Washington State Senator Cheryl Pflug talking about why her Republicanism led to her supporting marriage equality:

Hey guys!  I know you're out there.  You're the ones who get annoyed when I criticize Mitt Romney or the conservatives in Congress.  You don't normally say stuff (because you fear getting eaten alive by my liberal friends?  I dunno) but I know you're out there, and I know at least some of you see what I write/post.

So I wanted to talk to you guys today.

I'd been putting off writing this until closer to the election, but I'm thinking that it's more important to start this discussion now, because this is when people are starting to make decisions with regards to who they want to be the next president.

SO let's whack this hornet's nest.