Jared Wilson et al., We Need to Have a Talk

TRIGGER WARNING: Discussion of rape culture and all that goes along with that


So the Christian blogosphere has been going nuts over a certain Jared Wilson over at The Gospel Coalition (a complementarian organization), who, by quoting a book by one Doug Wilson (I assume no relation), in his analysis of the problems of Fifty Shades of Grey managed to:

1.) Blame egalitarians like me for the massive sexual assault problem this country has
2.) Suggest that the ideal sex is a man being aggressive and a woman being passive
3.) Frighten a heck of a lot of women who, being sexual assault survivors themselves, were reminded of their own assaults


What was the offending quote?  Well, as disgusted I feel by bringing it out, I must in order to provide some context:

When we quarrel with the way the world is, we find that the world has ways of getting back at us. In other words, however we try, the sexual act cannot be made into an egalitarian pleasuring party. A man penetrates, conquers, colonizes, plants. A woman receives, surrenders, accepts. This is of course offensive to all egalitarians, and so our culture has rebelled against the concept of authority and submission in marriage. This means that we have sought to suppress the concepts of authority and submission as they relate to the marriage bed.

But we cannot make gravity disappear just because we dislike it, and in the same way we find that our banished authority and submission comes back to us in pathological forms. This is what lies behind sexual “bondage and submission games,” along with very common rape fantasies. Men dream of being rapists, and women find themselves wistfully reading novels in which someone ravishes the “soon to be made willing” heroine. Those who deny they have any need for water at all will soon find themselves lusting after polluted water, but water nonetheless. 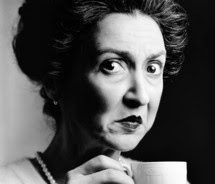 Ugh... now that I've done that, excuse me while I take a shower.
...
So now that I've done that (and feel a bit better), I think I need to sit down to tea with Mr. Wilson and Mr. Wilson, because over the course of the fallout about this quote, I've observed something.
As I heard about comments on the original post, and read Jared Wilson's defense of his post both on the Gospel Coalition and the comments section of Rachel Held Evans' take on the issue, it became clear to me that Jared Wilson genuinely couldn't understand the implications of Doug Wilson using aggressive and almost violent language to refer to what in their (Doug's and presumably Jared's) minds to be the ideal for marital sex.

Jared Wilson says he is not a rape apologist, and I believe him.  I believe him when he says that he never meant to condone rape, marital* or otherwise.  But the massive inability to understand that maybe saying men "conquer" women who "surrender" to them sounds rape-y is indicative of something much larger than his individual mistakes.

We live in a culture where many men** are clueless about the threat of violence women feel every day.  We live in a culture where rapists are seen as a hazard to be avoided, not criminals to be apprehended.  The burden of preventing rape is on the would-be victims, not the would-be perpetrators.  I've heard so many stories about and from men who were astounded to learn all of the precautions women take to be safe at night, because such a thing had never occurred to them.  When I posted a humorous analogy to victim-blaming, a key part of rape culture (you can see my thoughts about victim-blaming here), a friend of mine genuinely didn't understand it.  It was only after I explained victim-blaming to him, that if a woman doesn't take "enough" precautions and ends up getting hurt then people will blame her, that he understood.

Jared and Doug Wilson of no relation to each other, talk to your wives, and talk to your and your wives' female friends.  One in six of them will be a survivor of assault.  That is the reality of women; we live in a world where men are taught by culture that they're "owed" sex, where men use sex as a weapon to take power from women and increase their own.  We live in a world where describing the ideal marital relationship as one where a man conquers a surrendering woman summons painful memories in the minds of many women to surrendering to rapists and abusive partners.  Mr. Jared Wilson, you were uninformed about these things and spoke from an ignorant place, and now people want your head on a platter.

Jared Wilson, I saw what your wife said in the comments on Rachel Held Evans' blog about the pain she's been feeling for you and the accusations made against you.  I'm sorry that people are being nasty to you.  You just happened to accidentally become a symbol of ignorance of rape culture.

How do you undo this?  Well, for starters, you can apologize for not taking women's complaints seriously.  They had a painful response to words you quoted on your blog, and instead of honoring them you mocked them. (Update: see PPS below)

Next, learn.  Learn about rape culture and the phenomenon of male entitlement.  Put yourself in the shoes of women and rape survivors.

And spread the message about what you say you actually believe about marital sex- that it should be mutually pleasurable and mutually respectful.  That's a vision of marriage which I find incredibly beautiful.

I want to close with a quote from a commentor on Rachel Held Evans' blog post, e_elayne:


"When I climb into bed with my husband at the end of a long day with our kids and we can muster up the energy for some marriage bed funtime, it's just love. Love. Love, which is 'patient and kind; love does not envy or boast; it is not arrogant.'

*If you don't believe marital rape is a thing, you and I need to have a talk.
**Not all, but many.


P.S. Jared Wilson is ignorant, but Doug Wilson is a seriously messed up dude.  He defended slavery.  Slavery.  I think Jared Wilson, due to growing up in this culture where men aren't taught about sexual assault issues, failed to notice the disturbing tone of that particular passage from Doug Wilson's book, so therefore I grant Jared Wilson a bit of grace.  He was being an idiot, not being malicious.  Doug Wilson, on the other hand, is quite malicious and unpleasant.
P.P.S. Jared issued an apology on Friday.
Posted by Unknown at 8:25 AM