Reality: The Problem with Complementarianism 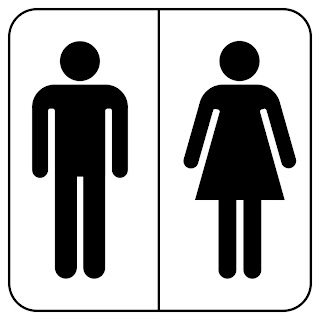 Being a Christian, I have to support my positions on certain issues not just with logic and data, but ensure that there's a religious basis for those positions, as well.  I remember struggling with the church's stance on homosexuality because I saw the beauty of my friends' same-gender relationships as equal to that of my straight friends.  After a long time of careful study, I reached the position that modern gay life is not automatically condemned in Scripture (which was lucky, because a few months later I realized that I was queer).

So it was cool seeing a well-thought out, Scripturally sound analysis of the Bible with regards to the position of women in the home and the church, "Supporting Women in All Levels of Leadership" by Eugene Cho.  Because that frees me up to talk about this issue from a place in which I'm more secure- pure %&?ing logic.

For those who aren't familiar with this debate, the Christian church has been dealing for a while with the question of "Should men and women be considered equal in the home and the church?" Many denominations take the egalitarian view, meaning women and men should have equal access to leadership opportunities in the church and have equal say in decision making in the home.  Others are complementarian, meaning men and women should have different roles to fulfill in the church and the home; men lead and make decisions, and women submit and nurture.  Some complementarians even believe that women shouldn't be leaders in the business world.

I have long been an egalitarian.  For as long as I can remember, there have been female as well as male pastors in my church.  I wasn't aware that much of the controversy about women's place in the church, and just figured it was a contextual thing from which we'd moved on long ago.

Not so, apparently.  There are not only strong complementarians making their case about the spiritual superiority of complentarian relationships, but churches which actively forbid women from having leadership positions or even teaching mixed groups, due to a passage attributed to the Apostle Paul saying he wouldn't trust a woman to teach a man.

But advocating for complementarianism on a broader scale requires both a literal interpretation of the Bible (something which has led to some seriously shameful parts of Christian history) and an ignorance of several human realities, all of which leads to a maddening experience for an egalitarian.  I'll let the article linked above handle the Scriptural aspect, because I'm not a Biblical scholar.  But I am an observant human, so I wanted to address the realities which must be taken into account when one discusses the merits of complementarianism vs. egalitarianism.

1.) Each person possesses talents and receives callings independently of their sex/gender*.

As much of a lazy butt as I am, I like the idea of working and earning money for that work.  Granted, I want to work somewhere engaging and related to my interests, but that doesn't negate my desire to earn a living for work done.  Likewise, there are men who would prefer staying home to raise their children, and women who feel a passionate desire to go into ministry and lead a congregation.  If they didn't, the phenomenon of female pastors and stay-at-home dads would be unheard of.  Ask a complementarian, however, and you may hear about how all women are miserable in the workforce while men feel emasculated when they care for children at home.  I actually saw this in a comment on Eugene Cho's post linked above- from a woman, no less!  Apparently, all men think and feel alike and all women think and feel alike.  It should be obvious that this is not true.  Betty Friedan wrote in The Feminine Mystique about the pain many women felt by being stuck in a place of submissive domesticity.  Complementarians, when advocating for a broad adoption of their view, must deny the reality of that pain, as well as the joy felt by working mothers and stay-at-home fathers all over the world.

Again, this isn't meant to put down stay-at-home moms and working dads, because it's about choice.  The egalitarian Christian supports everyone's right to do with their life as a woman or man what they choose.  My own mother was the breadwinner of the couple for over a decade after marrying my dad.  After 20 years working in nursing, she retired to raise my sister and me.  It was always her choice what she did, and she doesn't regret either working or being a homemaker.


Now, the sinfulness of these relationships may be debated in the church, but their existence and the happiness of the partners involved cannot (or shouldn't be).  In states where marriage equality has been enacted, many of the couples you see obtaining licenses are older; some are in their 80s and 90s.  They have literally waited their whole lives to have their relationships declared valid by the government and receive the rights associated with that validity.

Key to the complementarian position is the understanding in its name- that men and women have roles in relationships which are different but complement each other.  This would suggest that couples whose roles don't complement each other are less likely to be successful, but then we see these gay couples whose relationships have lasted longer than those of many straight couples.  If women are supposed to submit to their husbands, then lesbian couples are two women without direction, unable to happily support one another because they are both best suited for the home.  Likewise, gay male couples have no one to lead, and they must by necessity of their roles bring in a woman to raise their children, because men are not meant to nurture.  See any problems showing up?  Such as the lack of this very problem arising?

This particular point is, obviously, personal.  Complementarians hold a view which necessitates I deny my identity, marry a man to whom I am not attracted, and serve and nurture him in humility.  There are so many reasons this idea repels me, but chief among them is the fact that it would be a man.  Not even submitting to a man, but marriage to a man.  It's against my nature as a lesbian woman.  I was born to desire companionship with a woman, and that's what I pursue (hi, girlfriend!).


Along with the problem posed by the existence of satisfied same-gender couples is the unfortunate insult against single people inherent in the complementarian position- essentially, if you're a single man or woman, you are not a complete person.  If you're a man, you must have a woman to take care of you and your children and maintain your home.  If you're a woman, you must have a man to lead your family and provide financial and spiritual support.  For as long as you remain single, you are lacking.  I'm not surprised that religious traditions which espouse a complementarian position (this isn't exclusive to Christians) tend to also support marriage at an earlier age.  Men go from being nurtured by their mothers to their wives, and women go from serving their fathers to their husbands.  Easy as that.

Complementarianism can be a valid personal choice within an individual relationship, but demanding more than that individual choice in one's own life with one's partner demands ignoring the realities of beautiful, varied humanity.  We are not men and women** with specific and differing roles depending on our sex, we are all individuals with roles to play which aren't determined by our sex or gender.  Egalitarianism honors this understanding, while complementarianism on a large scale must ignore it to remain valid.


This post was written to participate in Rachel Held Evans' series One in Christ: A Week of Mutuality. You can read more posts on her blog.


*They're different, I promise
**Some people are neither men nor women, but that's another post
Posted by Unknown at 8:51 AM